My 1989 Porsche 944 project car has a Bosch L-Jetronic fuel injection system. A critical part of this system is the AFM (Air Flow Meter) which measures the volume + temperature of air entering the engine so that the ECU can meter the correct amount of fuel. Modern cars use a MAF (Mass Air Flow) sensor to do the same job. In this post I’m going to describe how to fit a modern VW/Audi MAF to the 944.

The AFM uses a spring loaded mechanical flap to measure the air flow into the engine. This flap drives a potentiometer to generate a voltage into the ECU that varies with position of the flap. Since the mass of air is needed to calculate the amount of fuel, the ECU estimates mass by combining the flow rate with the temperature. A MAF measures the air mass directly using a hot wire. A control circuit tries to keep the wire at constant temperature while it’s being cooled by the air flow. The MAF sends a signal to the ECU corresponding to the current it’s putting into the wire to maintain the temperature.

The biggest problem with the original AFM is that the potentiometer has a carbon track which wears over time. A replacement AFM from Porsche is expensive and so people resort to hacks such as bending the potentiometer arm. Whether the AFM is restrictive and robs the engine of horsepower or not is a debate that I’m not going to get into.

To do the conversion you need some plumbing and a ‘mapper’ that converts the MAF voltage level to what the ECU was expecting. I used an STM32 Cortex-M0 microcontroller which has a built-in ADC for the voltage input and a PWM for the voltage output. I built my own PCB with the schematics inspired from here.

Running with the MAF

Here is the finished ‘mapper’ (red PCB in the picture) successfully running the engine. The MAF is a VAG group (keeping it in the family!) one from an Audi TT. Full write up of the build and source code coming in another post…

Finished install in the car

Finished install. The wire hanging out the front is a 12V feed which is needed by the MAF but not by the AFM. The car drove absolutely fine although it smelt like it was running a little rich, so some more tuning needed. 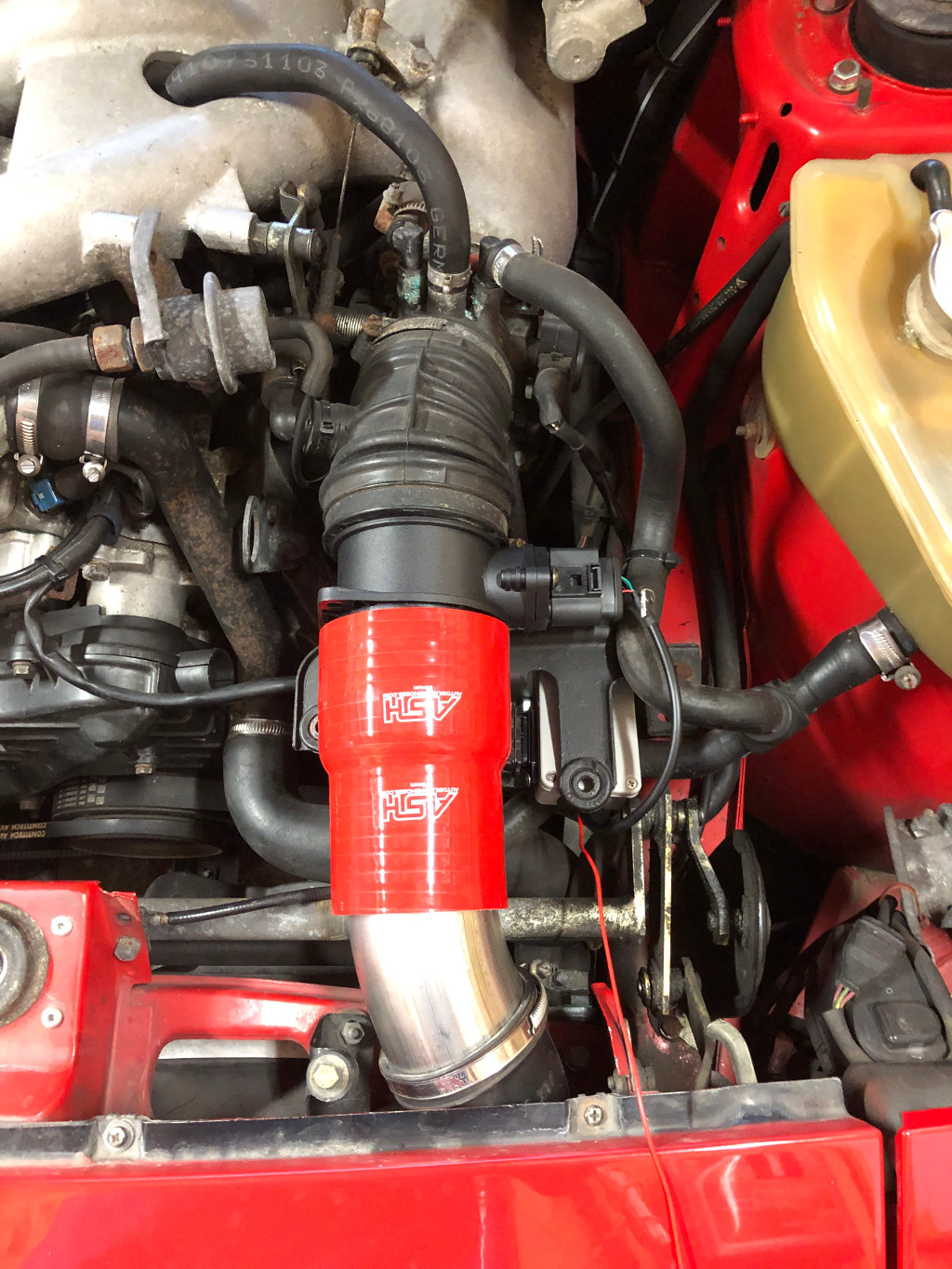